Mastering the Lost Art of Picnicking 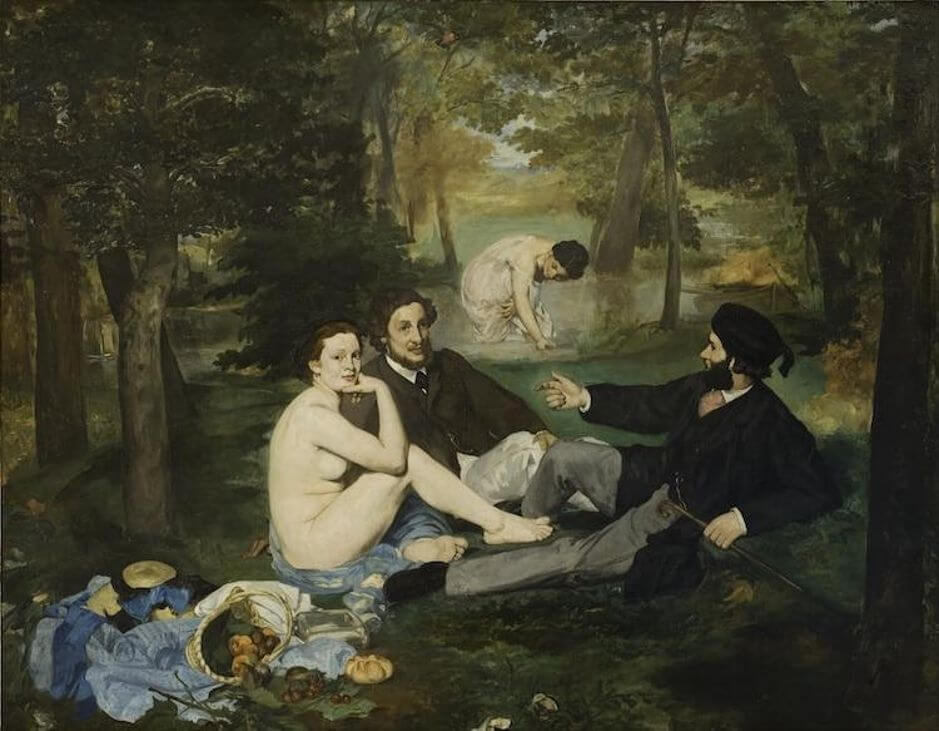 In contrast, picnicking today conjures images of cheddar cheese, half-eaten French onion dip and a scattering of plastic chip packets tumbling away in a suburban park. While this can be enjoyable, a more refined picnic experience can certainly reinvoke that sense of pastoral delight from time to time.

So what exactly in the art of picnicking have we lost? And how can we master it?

Firstly – a return to substantial picnic fare instead of a drawn out ‘grazing’ session over convenient foods. By investing in thoughtful, delightful, nourishing ingredients, picnickers can be well satiated in body and mind knowing their meal is reflective of the farm-to-table values of yesteryear.

We can also draw on the revival of antique notions of guest-hosting. While this was elaborate to say the least in days gone by, we can still import values of inclusivity and conscientiousness to a modern picnic. Picnic food should be accessible and inclusive of all dietary issues so that no guest goes un-catered for – whether that means gluten-free fare or vegan variables.

We can also eliminate wasteful utensils and packaging from our outdoor feasts. By opting for compostable or biodegradable accessories and reusable wrappings (linen, wax paper etc), picnickers can do no harm while eating naturally in a natural environment.

These may sound overly-idealistic, but Comestibles is working to change that.

As a provider of fine food and staging experiences since 1986, we know how to tell a story through the orchestration of food. Read on to find out how the history of picnicking inspired us to create our summer picnic baskets: a portable range of slow, substantial and environmentally-friendly feasts.

One of the longest-running, frequently-adapted Western social customs is that of the picnic. It’s iterations have spanned millenia – but in some way, shape or form, a picnic always involves food shared between groups.

The concept didn’t always mean ‘eating outdoors’. The original French word piquenique literally meant that one would bring a dish to a social gathering (indoors) and proceed to eat a small amount of each shared dish.

From Sharing Dinner To Sharing The Outdoors

The sharing food part hasn’t changed – but the connection between picnicking and the outdoors has. Picnics were, in effect, more like a banquet at which the host was not the sole provider and entertainer – and that was a revolutionary concept at the time. The gradual democratisation of feasting became associated with a more laissez faire attitude around formalities and social rules of engagement.

During and after the French Revolution, French migrants began to flood across the rest of Europe. This spread the picnic concept further. The demise of the French monarchy was also the first time formerly royal parks were open to the public, which assisted the transition from extravagant indoor meals to outdoor feasts in France and beyond.

‘It’s the picnic principle. Things taste better outdoors.
And if it’s a forbidden thing, so much the better.’

From Pleasure-Seeking To Pastoralism

French aristocrats who now found themselves in London continued to picnic. Wealthy gentlemen formed Pic Nic Societies, carrying on the indoor French tradition with added debauchery. Food was always paired with fine wines (a minimum of six bottles each!) and the events always included music, gambling, dancing and debauchery. At this point, picnic cuisine was far from your contemporary Jatz and brie. Dishes brought by guests were expensive, extravagant, and hearty – and guests often took it upon themselves to outperform one another.

However, when picnicking shifted from the aristocratic French to the aspirational middle-class English, it became something altogether softer. English picnicking fluidly adapted to pre-existing artistic and philosophical ideals: that of genteel pastoralism, Romanticism and nature.

‘The Rat brought the boat alongside the bank, tied it up, helped awkward Mole safely ashore, and swung out the picnic basket. The Mole begged to be allowed to unpack it all by himself. He took out all the mysterious packets one by one and arranged their contents, gasping ‘Oh my! Oh my!’ at each fresh surprise.”

-The Wind In The Willows

So what will a Comestibles summer picnic basket include? Rest assured, we’ve left out the tongue sandwiches!

Starters could include goat’s cheese, salami, dried cherry tomatoes and selection of fresh olives, grissini and fusettes. The substantial main course will include a wedge of vegetable pie accompanied by a red onion marmalade and your choice of chargrilled chicken or beef rump. For our plant-based friends we will be offering filled pepperdews, fresh olives, artichoke hearts, dried cherry tomatoes, grissini and fusettes. These will be followed by the vegetable pie alongside beetroot, black bean and brown rice cakes and a fresh basil-almond pesto.

For both baskets, a light salad of the day will refresh the guests followed by sweet, seasonal fruits and chocolate bark.

Our summer baskets can be ordered 24-hours in advance.

You provide us with your dietary requirements and the number of people you’d like to feed.

We’ll get started on hand-crafting the perfect picnic.

We would love to hear from you

Connect with us at your convenience – we look forward to counting you
among those who have afforded us the opportunity to impress.

Send us a message