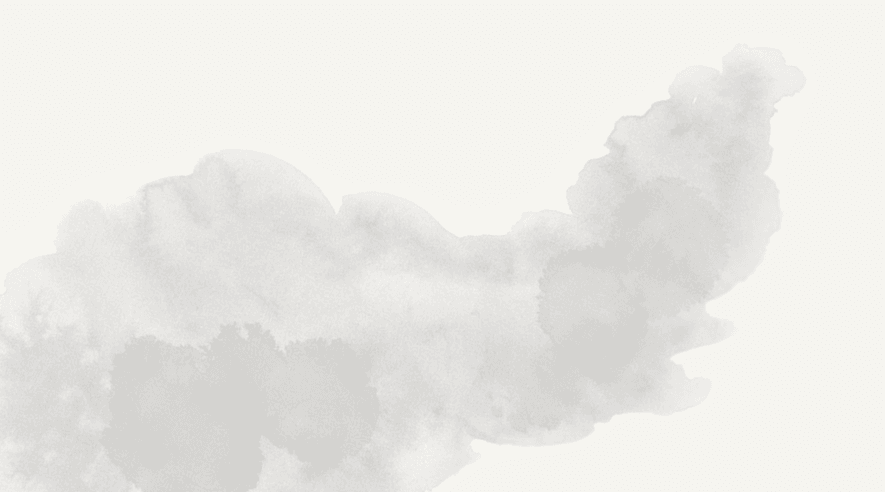 Appreciating Local at an Intimate Dinner with Chef Russell Blaikie

Sometimes, the food industry can be cut-throat. With so many mouths to feed, gastronomic delights to conjure and wines to pair, things can get a little… tense.

Other times – especially unprecedented times such as these – the movers and shakers of the industry find time to come together and create something delightfully local, delightfully innovative and delightfully unexpected.

Executive Chef Russell Blaikie’s intimate dinner for Entrepreneurs’ Organisation this month was one of those times.

One of my event hire vendors came to me with some extraordinary news. She said that Must Winebar Executive Chef Russell Blaikie had reached out to her recently – he was hosting an intimate dinner for Perth’s elite business people on an upcoming Friday night, but he’d recently had surgery and wasn’t able to manage the four-course feast one-handed. He needed a team of chefs on short notice for the event, and so he had one request for the aforementioned vendor:

“If there is anyone I’d work with, it’s Faith and the team at Comestibles.” 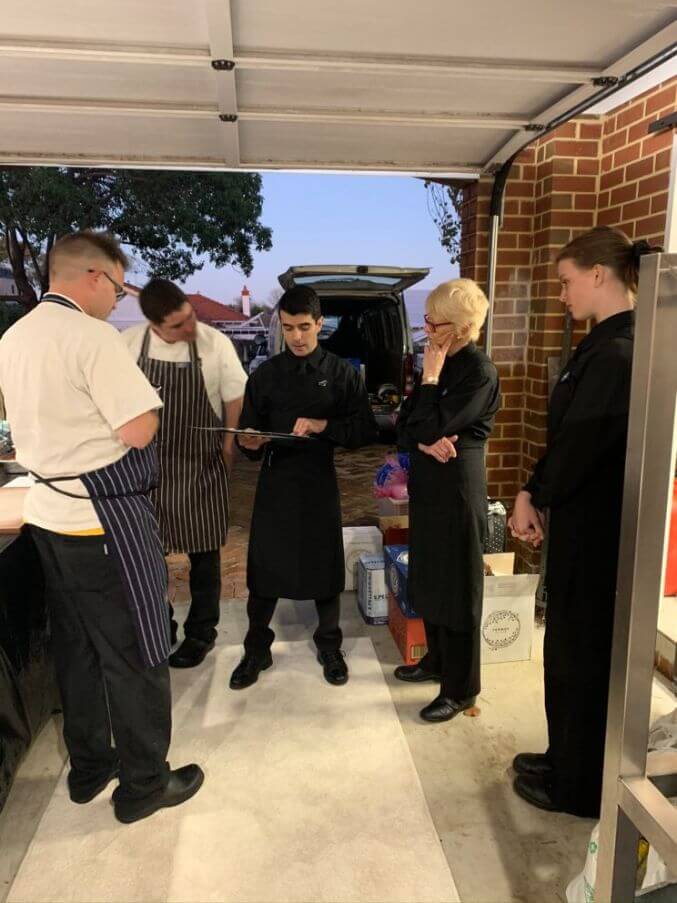 As is customary of 2020, this business decision was promptly followed by a Zoom meeting, and I can quite honestly say it one was one of the most exciting Zoom meetings I’ve attended. I was thrilled at the opportunity to deal with someone in my industry – albeit a different part of the industry – who was willing to share his knowledge with us.

Everybody in the business of food both wants and needs to protect their work – and there is a rather sad tendency to see knowledge-sharing as a risk to originality. In my world, one is constantly seeking inspiration, whether that’s watching David Chang talk about Bombay street food on Netflix or actually speaking with someone I hold in high regard about cooking. Russell paid us the compliment of sharing his recipes with us for a project, and he was just as thrilled about the industry collaboration as I was.

Russell explained that he needed my Comestibles chefs to produce all the food using his recipes for this event. Once we began testing the recipes, I phoned Russell and asked him if he’d like to stop by and taste-check what we’d put together. To my immense pleasure, he said, “I’ve tasted the lamb stock, and from that, I knew that everything was going to be perfect.”

The other exciting thing about this little project was Russell’s concept design for the evening. Having grown up in the South West, Russell maintains that growers, producers, fisherman and farmers are his heroes – and the quality of their produce is the key to each dish he cooks at Must Wine Bar.

The taste of all this fresh local produce amplified my inspiration, but I was equally as thrilled by our ability to talk about the food. We could speak with genuine enthusiasm and excitement about Tupelo Springs rhubarb, which was to be pickled and served with a chicken liver parfait.

On the night of the event, we had seven Comestibles staff – two in the kitchen and five on the floor. We selected polished grey crockery paired with modern silver cutlery from Hire Society. The greeting drink for the guests was Perth’s pink Sin Gin, tonic and a strawberry garnish, served alongside the canapes upon entry.

As for the canapes themselves, we served four. First up, Manjimup black truffle (sourced by Russell) and Dellendale raclette croque monsieur. That Dellendale raclette was the most heavenly item you can imagine. Being born in New Zealand, my mother brought me up on cheese on toast. For this dish we had chef-made milk bread cut into long sections, laid with raclette and local truffle. On top of this went another piece of bread, and the whole thing was wrapped in bacon before being sent to the oven. From this remarkable experience, I looked into Dellendale and found that the owner’s father was a Swiss cheesemaker who brought his craft to Australia. I decided to take on Dellendale as a vendor at Comestibles, which is absolutely thrilling as I love to use local products. 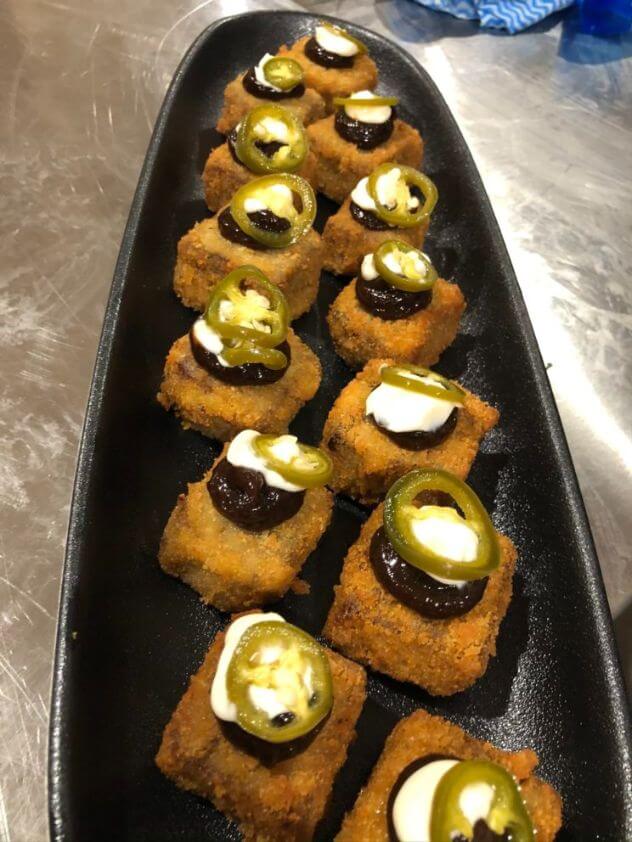 This croque monsieur was followed by the chicken liver parfait that Russell whipped up, served with house focaccia and pickled Tupelo Springs rhubarb. After a refreshing Fermoy Estate 2016 reserve chardonnay, guests moved on to smoked beef brisket croquettes with pickled jalapeno and Gentleman’s Relish. We were really dealing with a range of techniques here – I recall coming into the kitchen one morning to see a chef standing at the stovetop burning a piece of jarrah to smoke the beef brisket with! This gave the croquettes a light, lovely flavour and made the dish into something truly local to WA. At last came the Tedesco Farm cauliflower fritters. I sampled these, and they were positively delicious paired with green tahini and Aleppo pepper.

From here, guests moved onto the three-option ‘bowls’ course. The first of these introduced me to La Delizia Latticini, which I also absorbed into the Comestibles vendor list shortly after this event. It’s always a delight, in our world, to be able to source local people who really care about their product. La Delicia Latticini is a little cheese maker in old Vic Park central. Thanks to their excellent cheeses, we were able to serve ricotta gnudi poached and paired with Tedesco Farm tomatoes, brown butter, sage and Omega walnuts.

Between these courses, Russell demonstrated his showstopper: a colossal Shark Bay seafood paella built from a strong foundation of chorizo, Shark Bay vongole and giant green tiger prawns. After the paella showcase – if you can believe it – came a slow-roasted Arkady Lamb shoulder, Arkady Wiltshire being a variety of lamb grown and tested by the good people at Margaret River’s McHenry Farm Shop. This was served with muhammara, Bookara sheep yoghurt, sumac sauce and kale crisps. 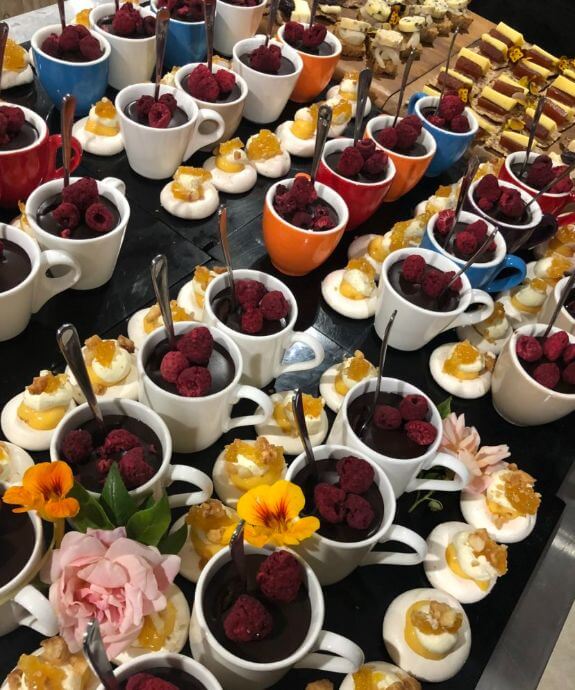 For dessert, we created a beautiful chocolate mousse with chocolate glaze and raspberries, plus a finishing piece of deliciousness in the form of a brown sugar meringue topped with pink grapefruit curd, lemon jam and macadamia crumb. These macadamias, like the Omega walnuts,  were another local product. Finally – and I promise, this is the last one – we left the guests with a WA cheese canape populated by Dellendale Nullaki, Ha Ve St Dukes blue, Halls Family Fairy suzette and Russell’s own delightful lupin crackers.

Given the events of 2020 (yes, COVID), we in the business of food have to look inwards instead of outwards. We need to find products, people and everything right here in this state – we have to be able to source local produce and celebrate it. Russell’s menu reminded me of this, and it reignited my own celebration of all things WA. Plus, the chance to collaborate across different parts of the industry was something to celebrate about in and of itself. When we come together, joy happens.

We would love to hear from you

Connect with us at your convenience – we look forward to counting you
among those who have afforded us the opportunity to impress.

Send us a message